You have no items in your shopping cart.

You have no items in your shopping cart.

The Blackmagic Design Pocket Cinema Camera 4K featuring a 4/3" sensor for capturing up to 4096 x 2160 DCI 4K images at rates up to 60 fps in a variety of codecs including CinemaDNG Raw/Raw 3:1/Raw 4:1, and various ProRes 422 options. Slow-motion rates up to 120 fps are available in cropped Full HD. Its Micro Four Thirds lens mount accommodates the original, lightweight Pocket Cinema Camera lenses, and can be used with PL, C, EF, and other lenses with the use of separately available adapters. A dual-native ISO up to 25,600 is featured for low-light capture, and 13 stops of dynamic range provide rich HDR images

Record up to 120 fps Windowed HD

Record using the internal CFast 2.0 and SD/UHS-II card slots, or employ the USB-C output for capturing longer clips to an external drive. The Pocket Cinema Camera 4K's 5" touchscreen LCD display reduces the need for an external, onboard monitor, while a full-sized HDMI port enables you to output a signal to a larger display. The menu and interface are the same as the ones found on the URSA Mini camera, and 3D LUTs can be applied for monitoring or for baking in your look when you're ready to commit

Though small and portable, the Blackmagic Pocket Cinema Camera features a wide range of connections for audio, monitoring, power and more. The camera includes a full size HDMI connector for monitoring with support for HDR and clean 10‑bit output. That means you can connect an HDMI display or television for on set monitoring of images, with or without overlays that show critical information and camera status. There’s also a mini XLR connection with 48 volt phantom power for attaching professional microphones, a 3.5 mm video camera style microphone input, headphone connection and a professional locking DC power connector! The USB‑C connection lets you connect and record direct to your media disk!

Digital film cameras shoot logarithmic colorspace to preserve the dynamic range, which is great for later post production, however when these files are viewed on a monitor they can look flat and washed out. 3D LUTs solve this problem because they allow you to apply a "look" to the monitor so you get an idea of how the finished images will look like when editing. LUTs can be applied temporarily for monitoring only, or they can be recorded into the Blackmagic RAW files for use in post production. The Pocket Cinema Camera works with industry standard 17 and 33 point 3D LUT files, or you can work with the built in LUTs such as Extended Video, Film to Video, Film to Rec.2020 and more.

Audio features include a mini-XLR input with phantom power for pro-style mics, a 3.5mm jack, and an internal stereo mic. Additional features include the same Blackmagic OS as the URSA Mini, and Bluetooth remote control. A license key for DaVinci Resolve Studio is included for versatile post-production control. The Pocket Cinema Camera 4K's carbon fiber composite build provides lightweight strength and durability, and power options include running off a Canon LP-E6 type battery or the included power supply 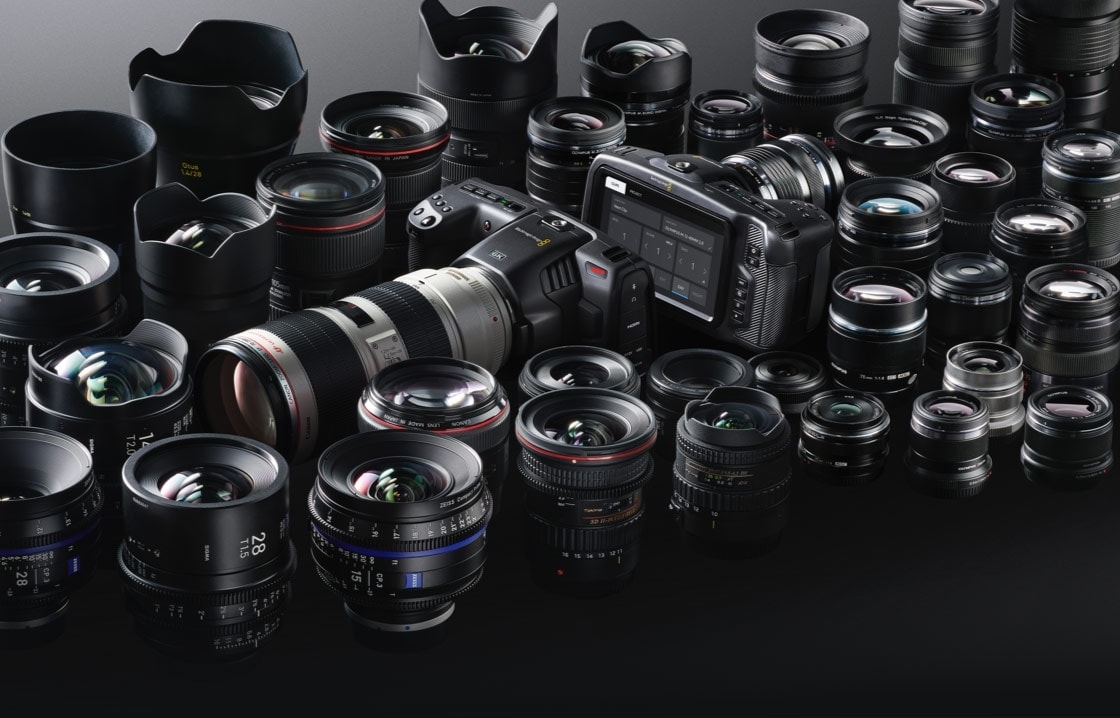 Write Your Own Review

Use spaces to separate tags. Use single quotes (') for phrases.

You may also be interested in the following product(s)
Top
Processing... 0 item(s) in your cart